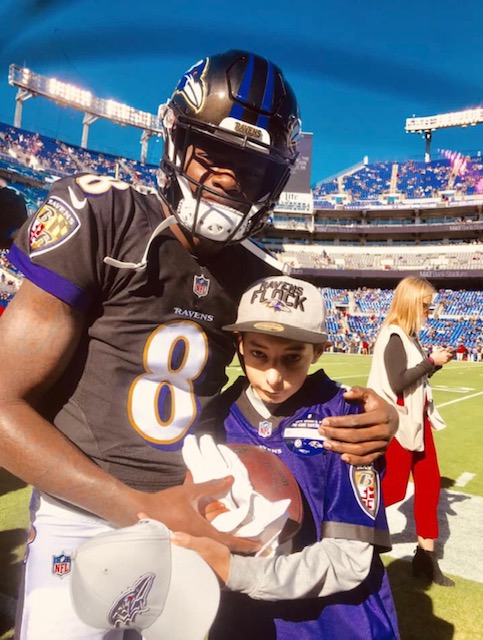 MCF was recently told about a young man in the Baltimore-area community that has been suffering from brain cancer for several years. Now just 16 years old, Justin, has been fighting the disease since he was 12.

He is on his third round of treatments, but his medical team feels that the current option may be his last chance to overcome the illness. Fearing that his case may be terminal. MCF partnered with the Baltimore Ravens to allow Justin to attend November’s matchup of the Ravens and Steelers. Ravens quarterback Lamar Jackson and linebacker CJ Mosley took time to meet Justin, sign some memorabilia and offer words of encouragement.

2 thoughts on “Beyond the Game”

This site uses Akismet to reduce spam. Learn how your comment data is processed.